I popped down to the studio tonight, thinking to just clean out the car ready for the MOT later in the week. With the amount of accumulated rubbish I am sure my petrol consumption is now much more efficient. I removed a bag of stuff to be recycled and found enough rubbish to fill another bag. I also took out the tent poles, a library book, Polly's bone, she was delighted to see that again,  3 camping mats, a book about making walking sticks, a tennis ball, umpteen cassette tapes……I could go on but you get the idea. There is never a time when I just 'pop in' to the studio, I always find something to do, so I set to on sanding a block of carved cedar and puzzling over what looked distinctly like a puddle of pee in the middle of the floor. I have a ground floor studio, so the likelihood of having mice is rather high, this was far too much for a mouse even if they were having a co ordinated pee party, even rats don't piddle that much. Radio 4 was on in the background and I found it quite strange that the police officer being interviewed operated a 'take your cat to work day'; I could clearly hear it and began to think there was a cat in the yard outside, distressed by fireworks perhaps. Once I finally decided to come home and the radio went off I realised that the miaowing was in the building but there was no sign. Polly was being rather too friendly for a cat to appear so she went into the car. At that point a beautiful tortoiseshell make herself known at the top of my shelves, precariously winding her way past boxes of small sculptures. How she came to be there I have no idea, she quite happily allowed a cuddle and then followed me out, seeming none the worse for wear, strolling off down the road. I feel she would have been quite affectionate to the capybara I met on a path by the Thames at Henley yesterday. Coming across an enormous 'guinea pig' sitting on the bank taking no notice of anything and quite unpeturbed by passing dogs was entirely unexpected. Living in small herds in south America, he must somewhat lonely. 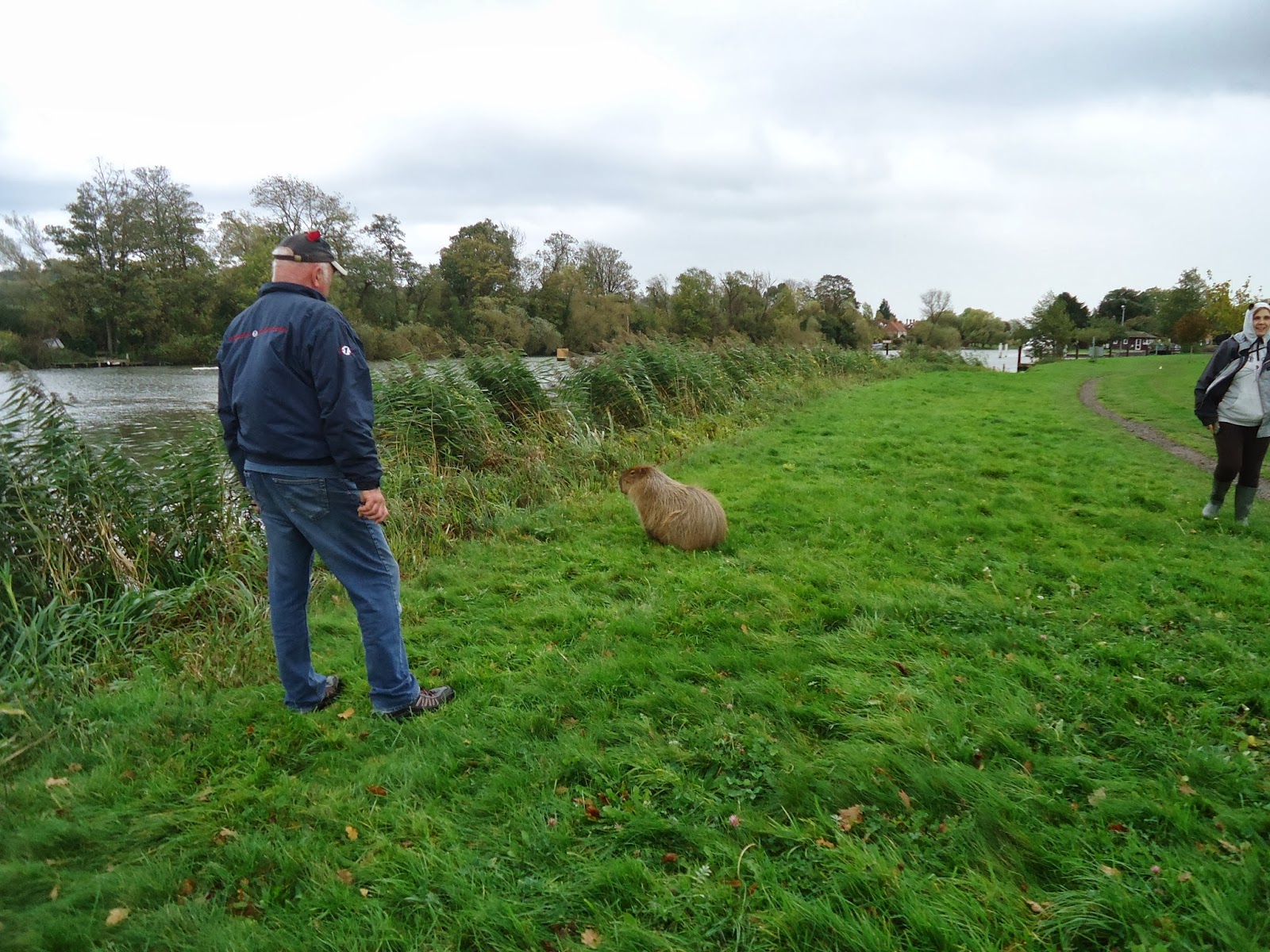 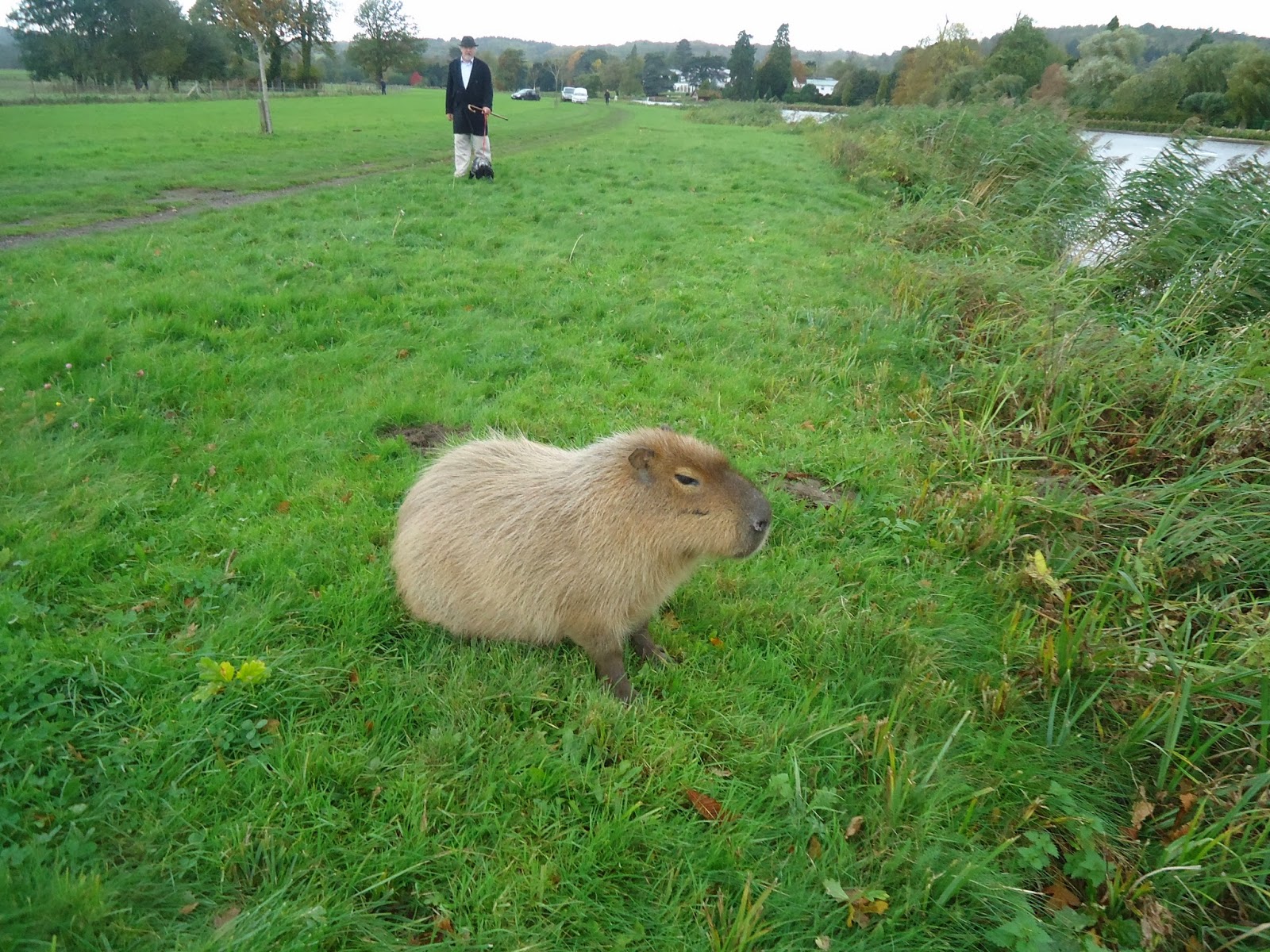