Brilliant ! Back to the states this time to the CIA in Massachusetts for a stone symposium.  I met Viktor and Yin Peet when I was at Andres Institute. They have an amazing quarry and they have created 'container man' a 'must be seen to be believed' music from bicycles and typewriters and the like, I think Viktor must have almost moved in to the local dump for a while. The performance I saw was astounding, Viktor represented Hungary at the Venice biennale in 1993 with something similar. This will be a diversion from a day of carving, they have invited me out there for August 2014 for a stone symposium.

Having spent the day in the studio I took Polly for a walk over Hackney Marshes.... I feel a song coming on......and she had a great time, I was a little more stressed..... A Polish lady fell in love with Polly offering her treats and cuddles so it was tricky extricating the exuberant P who was by this time, lost in an ample eastern european bosom.  Eventually tearing ourselves away,  I wanted to avoid the many picnickers so we found ourselves following a well trodden path through some blackberry bushes. I should have stayed with the food option, the tiny path led between 2 train lines and came to a secluded enclosure. Polly is a very friendly pooch and did her best to say hello to all the sunbathing couples, I say sunbathing, they were wearing not a lot and were stretched out  in the bushes and I only realised they were there by the squeals and I don't think they were squeals of delight, I somehow had the impression that a cold wet spaniel nose, however friendly, is not quite the thing for an amorous encounter. I called the P and hastened on only to find that there was no exit and we had to make our way back through all the previous encounters, picnics are a far easier option, even with a spaniel 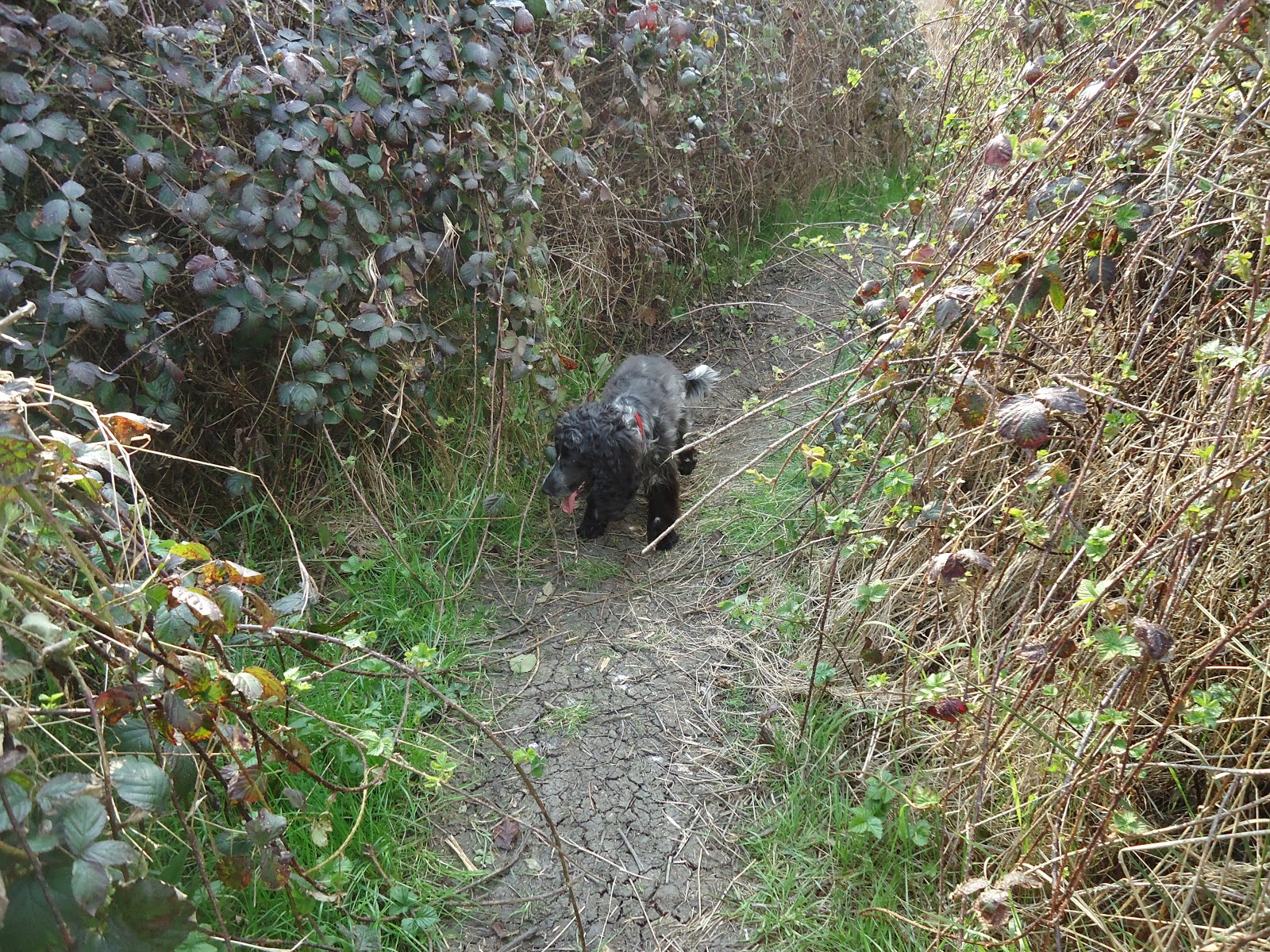 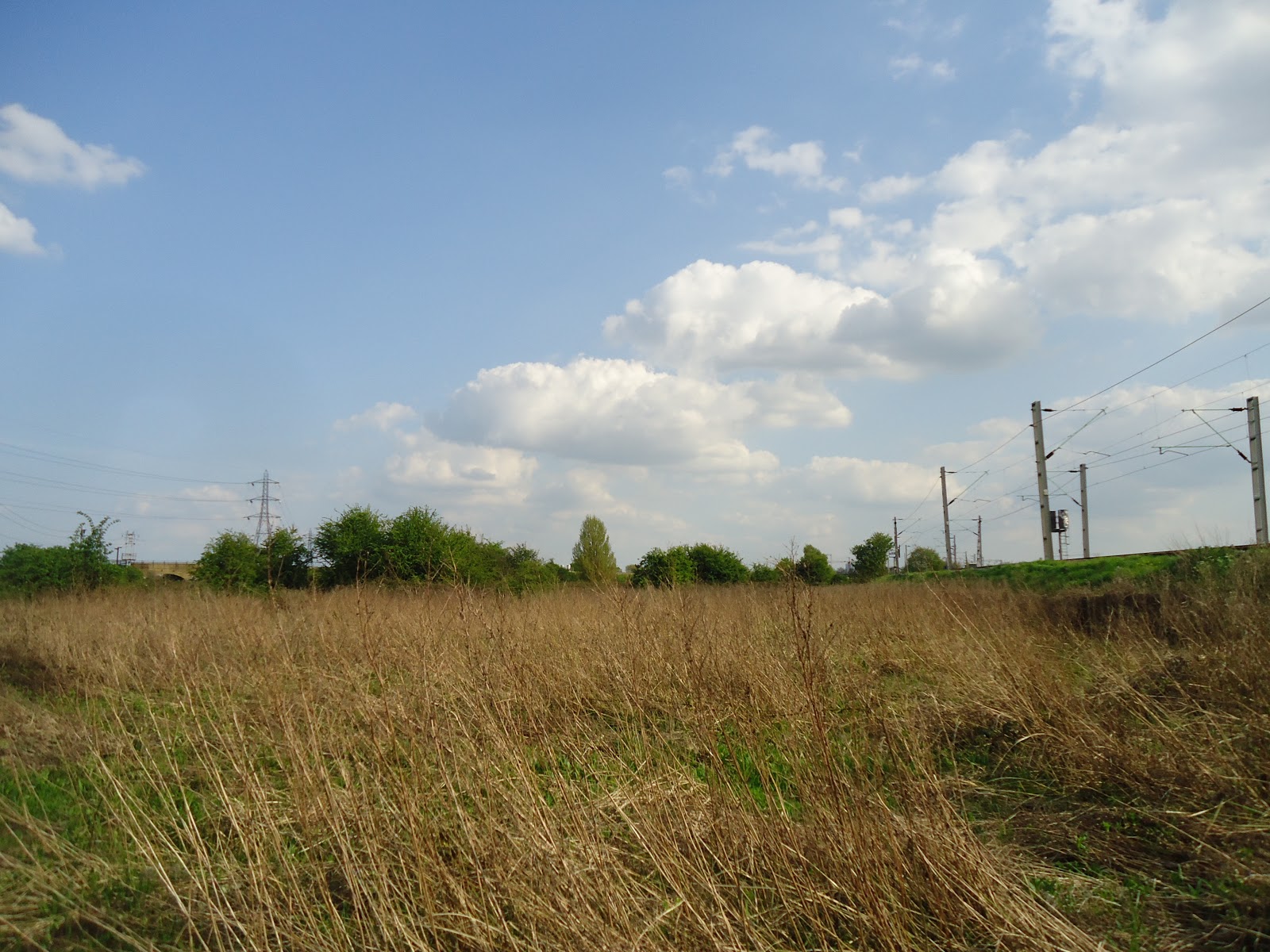 A peek at Espacio 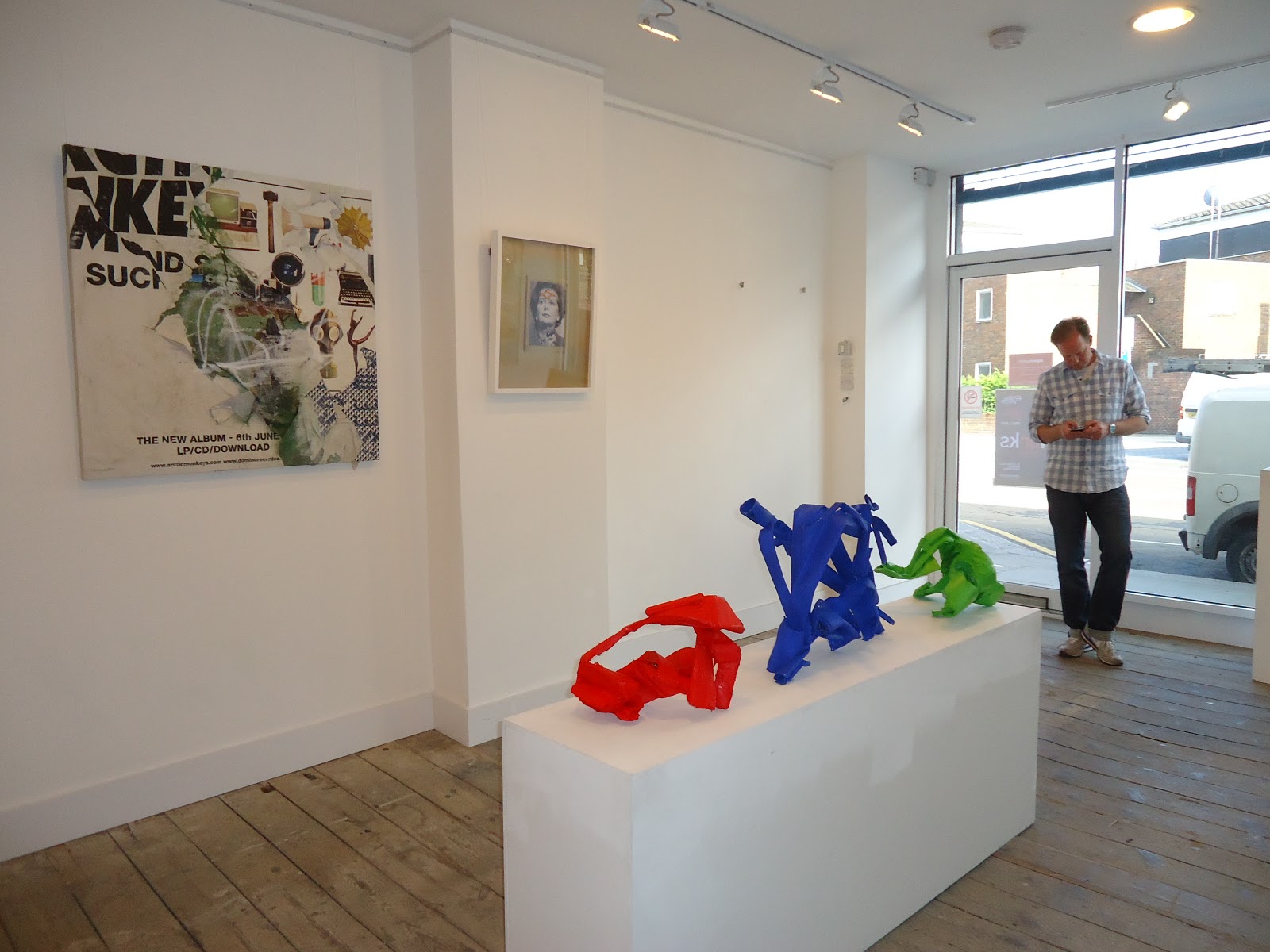 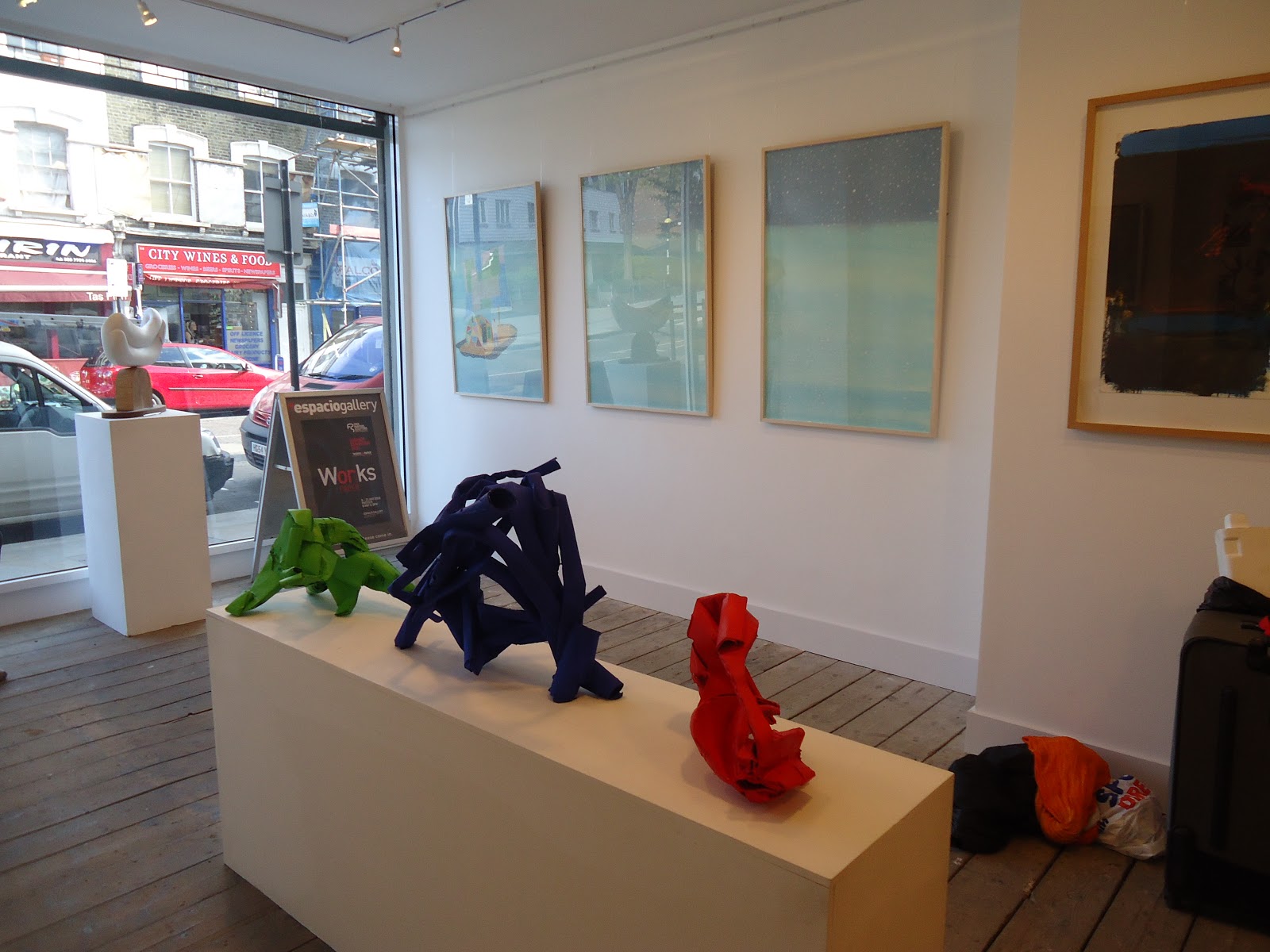 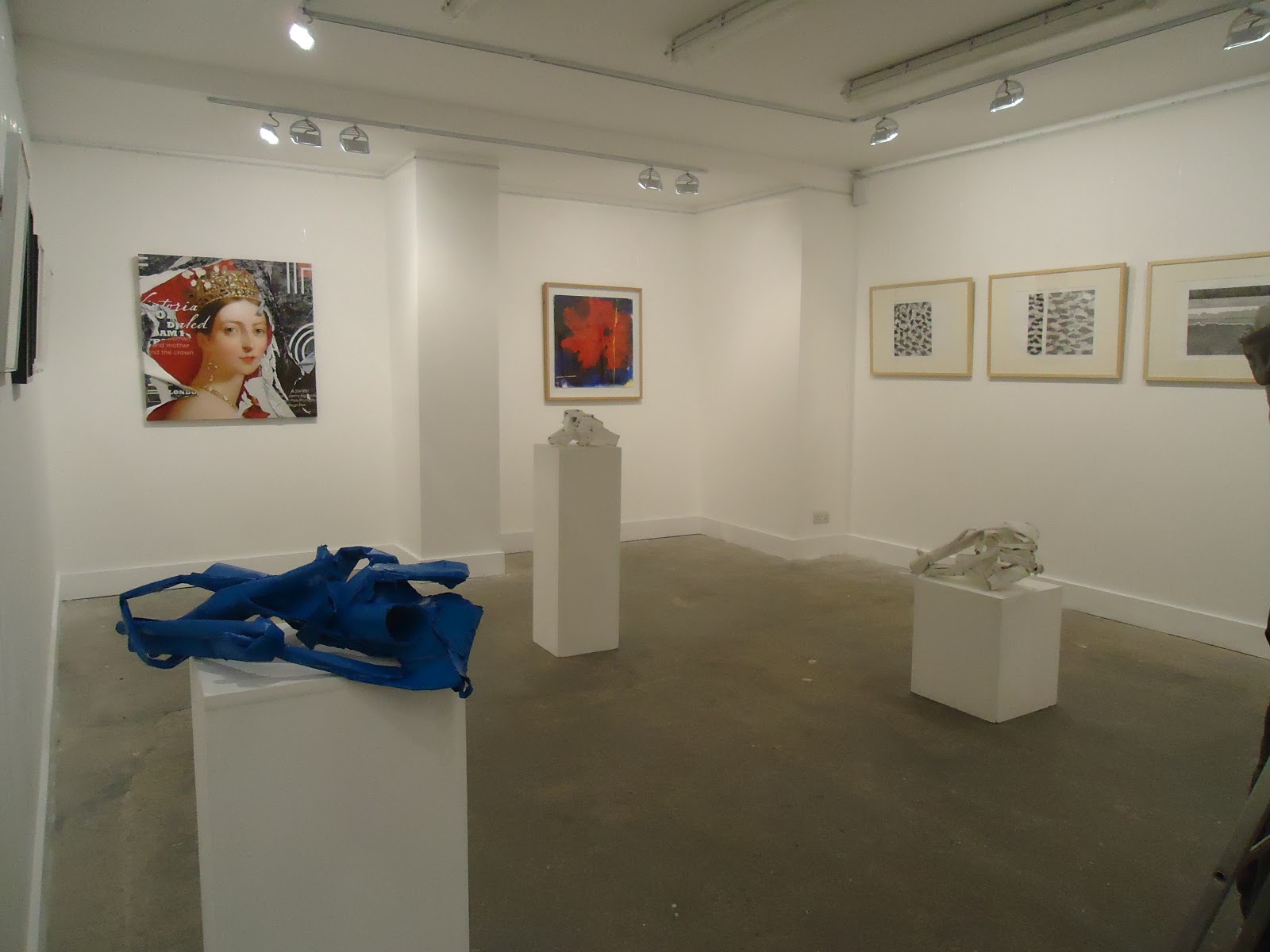 A quick peek at the Free Painters and Sculptors show opening tomorrow night 9th May at the Espacio Gallery. There is some stunning work on show, a real mix of paper based work. I am showing the coloured paper sculpture that I have been busy spraying over the last few days and I am so chuffed with the results.
http://www.freepaintersandsculptors.co.uk
http://www.espaciogallery.com
Posted by alex at 12:00 No comments:

I think I have RSI from spending today shaking spray cans and then holding down the nozzle and with hindsight I probably should have gone down to the graffiti chaps on the Southbank to get them to help. Below is a small heap of coloured paper sculpture upside down drying in the sunshine. All done now for the Espacio Gallery on Thursday, see you there folks 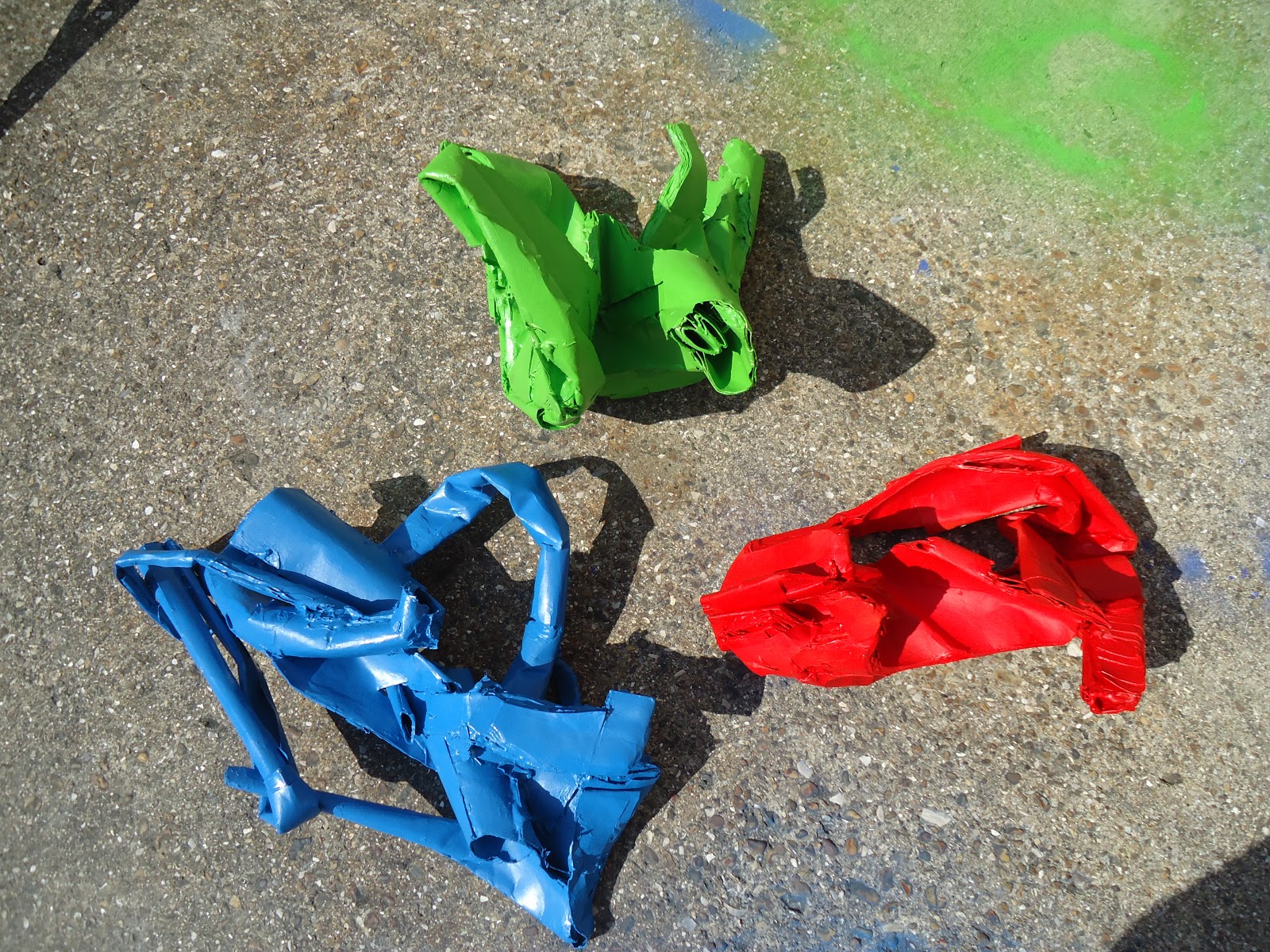